This is a blog about vintage Data General minicomputers

In 2008 I started to search the Internet for a Honeywell H-316 minicomputer. Why? Simply for nostalgic reasons. 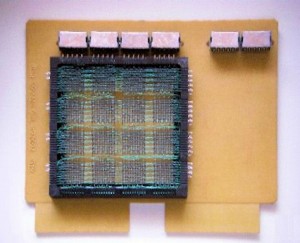 This $4600 memory card for the IBM System/360 2821 Control Unit was used to store one printed line (132 characters) Back in 1969, at the age of 18, I got my first job in the industry with IBM in Sweden as a Test Engineer for the System/360 2821 Control Unit. The 2821 in its minimum configuration had one 1403 Line Printer attached to it and in its largest configuration it controlled three 1403 Line Printers and a 2540 Card Reader/Punch. The input and output data from and to the CPU came via the I/O Channel. 1972 I got a job with Honeywell’s Controls Division as a Regional Systems Hardware and Software Specialist for Honeywell’s Delta 2000 Building Automation system. An option for the Delta 2000 was the Honeywell H-316 minicomputer, hence my interest in the H-316. I took my first Assembly language programming class on a H-716, which was how I learned how a computer operated. Honeywell later came out with the successor to the Delta 2000, the Delta 1000 which was based on the IMP-16 chipset (the Delta 1000 CPU was in fact almost a copy of National Semiconductors IMP-16 development system but with extra I/O slots for communication boards for the field panels.) If you have a National Semiconductors IMP-16 development system sitting around I would be interested in including it in my collection.) 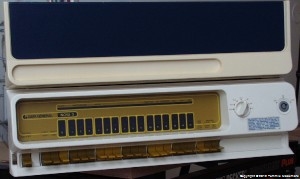 After leaving Honeywell, I worked with Nova 3’s and Nova 4’s at a company called T.A.C. and later as a sales rep with Data General, hence my interest in DG systems and the name of this blog, “The Soul of an Old Machine”. If you read the Pulitzer winning book “The Soul of a New Machine” by Tracy Kidder, then you know where I got the title of my blog from. The Soul of a New Machine is a book about the job of designing the next generation 32-bit system at DG; the MV/8000 code-named "Eagle". 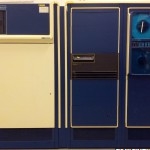 This is my Data General Eclipse MV/8000